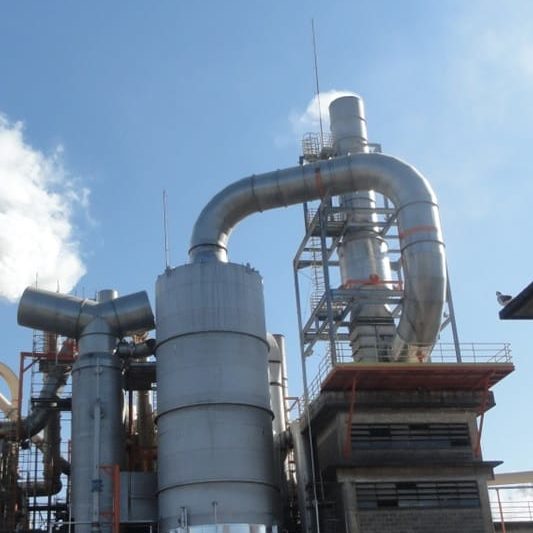 A Canadian chemical engineer has devised a product that transforms the waste generated by biogas production into fertilizer. Andrew White says his SulfaCHAR system eliminates chemical waste from the biogas process, while increasing renewable gas plants’ profitability and stopping the degradation to gas engines caused by hydrogen sulfide (H2S). Biogas can help create electricity or be used as a replacement for natural gas and is often cited as a clean and carbon-neutral alternative to fossil fuels. Yet the decomposition process generates carbon dioxide and other dangerous, unpleasant smelling gases, causing an annual global clean-up bill of $1.2 billion USD.

According to White, “the greatest asset of biogas is that it’s capturing methane that would otherwise be going into the atmosphere where it’s 22 times worse than carbon dioxide for global warming. While this is a great story, the same bacteria that makes biogas also makes hydrogen sulfide – which is toxic, corrosive, and causes a lot of maintenance cost in the industry. So we really need to get it out of the gas so that gas can be used.”

Having been surprised by how much waste was generated in the biogas filtering process while touring a renewable natural gas plant six years ago, White decided to try and solve the problem by creating a zero-waste cleaning solution.

He says SulfaCHAR is unique. “One of the unique aspects of what our process does is that it catalytically converts the sulfide into sulphur. Sulphur is a fertilizer product and because the feedstock we’re making it out of is a fiber that’s almost a compost, when we’re done with it we’re left with a carbon compost that’s already in the fertilizer form, so we don’t have to any reprocessing. As soon as we take it out of the tanks where it’s been used for gas cleaning we can apply it directly to the fields,” said White.

White set up a University of Toronto research spinoff, CHAR Technologies, and says SulfaCHAR is the only product that effectively converts hydrogen sulfide into a fertilizer supplement rather than waste requiring disposal.

The product can be used in anaerobic digesters in large-scale animal farming, municipal landfills, and wastewater treatment plants, and White says there are a number of benefits. For instance, when hydrogen sulfide goes through engines it corrodes and destroys components, which can be expensive to maintain. White says his product eliminates this.
White says his is also the most cost-effective biogas product on the market, based on cost per kilogram of H2S removed. “It’s the most cost competitive in terms of dollars spent per contaminant removed and that’s simply because we’ve been able to generate such a high capacity for this toxic hydrogen sulfide,” he said. “The other end that the customer really likes is that the other solid products that are out there are responsible for sending to landfill to get rid of, whereas with SufaCHAR we take it back and we redistribute it as an agricultural product, so it’s cheaper and it has this great beneficial end use.”

A recent $750,000 Can ($570,000 USD) grant by Sustainable Development Technology Canada will help White upscale production dramatically. He told Reuters: “We’re scaling up the system that you see behind me to a one ton per day production system, that’s a commercial quantity. That will be online by next Spring, Spring 2016. By Spring of 2017, we created a ten-ton production system and at ten tonnes, we can serve 100 renewable gas plants.”

To help ensure your workplace is in compliance with due-diligence requirements and COVID-19 health guidelines as you prepare to reopen, our consulting division Altech is busy providing our commercial and industrial clients with expert facility auditing, sampling of...